This film wasn't exactly what I expected, having only heard people talk of it, while avoiding everything written about it. It was tense, and off-putting, but somehow still interesting. Tonally, it had some trouble when it came to the question of whether to make this "The Wrestler" for ballet, or simply to make "Requiem for a Queen".

The director decided to go somewhere in between, and there-in lies the off-putting part. I give films more of a chance than the rest of the audience, but I can sense which parts of a movie are going to get to other people more than will affect me. This one will sit with you for a while in the pit of your stomach, but I'd personally be interested in seeing it again. Even thinking about it makes me uneasy, and that's hard to create with film alone. There are some pretty disturbing scenes, which will likely be unexpected for an audience who doesn't know the director by name (though he did not write the film, he shaped it from other screenplays and ideas). There is something within Black Swan that makes it an obvious cult film, one that you'll be unable to watch just once. Liking this film doesn't preclude how much you loathe the idea of ballet. Natalie Portman does a phenomenal job, and is very anti what you've come to expect from her. Subtly, she reaches a new stage in her career. Please god don't let her turn back now. 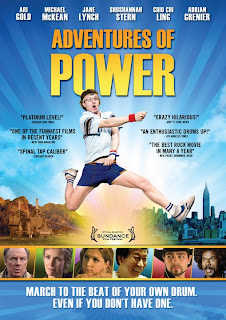 Michael McKean brings an unexpected beautiful moment to this movie, in a rare role where he gets to be compassionate. Shoshannah Stern herself is physically beautiful, and her bright eyes say so much. She's clearly going to be a star in the years ahead, if the world is just. Ari Gold may be the *technical* star of this film, but the story is better than he can carry at the moment.


If you've seen the documentary "Air Guitar Nation", you know how much you can grow to appreciate air instrumentation - but I get the feeling Gold, the director, didn't watch it before he set such an ambitious goal for himself as this film. Kudos to Gold for somehow acquiring all of the great music featured, and multiple location shots, but the bigger names in the cast are wasted.

I'm Still Here - a total joke from beginning to end. 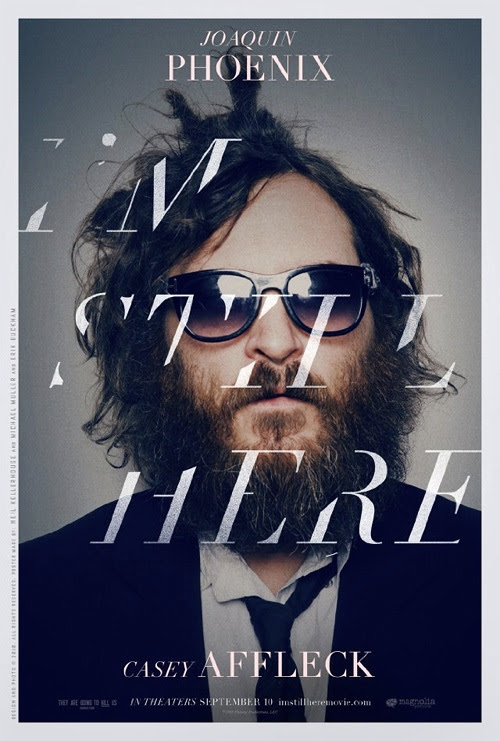 When I first saw the David Letterman appearance of Joaquin Phoenix a long while back (no, I don't watch that garbage regularly... I fast forward to get to the musical guests), I was definitely laughing along with the audience, at all of the subtleties, and especially when Phoenix proceeded to gum the bottom of Letterman's desk.

So I, being a documentary fan, and also curious to see if this was a real portrayal, was kind of excited to see this venture into head-scratching.

Sadly, I built it up way too much in my head in the long wait of indie theatrical release to its eventual HD streaming Netflix addition.  Turns out, the whole thing was a joke... except it's one that is only funny to Casey Affleck and Joaquin Phoenix.  Two actors that had - at one time - been considered the brightest up and coming talent we could expect to see in the next decade.  Apparently, that sort of talk goes to your head, when you're already richer than you ever need be.

Once you get 20 minutes in, you start to realize somethings up for that very reason.  Ostrich... excuse me, Phoenix, complains that he won't be able to afford his home in six months unless he starts up a successful rap career.  Just dissect that, and you'll see why I hate everything about this mockumentary.

At the time of this writing, J.P.'s (his choice of nickname in the atrocity) IMDb page is at a stalemate, and rightfully so.  It's hard to know how many people were in on the joke, because everyone who admits to it will look like as much of a moron as Phoenix himself.  The repressed smiles from the less experienced actors will give some of that away, if you really must know, but at this point I'd suggest staying away from their future works simply to prove a point.

There's no need for anyone to see this, and talking about it even this much is giving it entirely too much credit.

Cropsey streams in HD on Netflix

Netflix | Flickchart
Written by MW at 9:34 AM 0 Comments

Get a great deal (sponsored by us) on the original AND the best Netflix/Hulu/Amazon/HBO streaming player, by Roku.

All Time Most Read